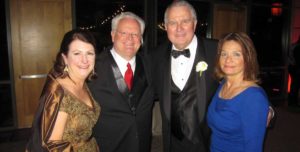 Jay was born and raised in Dallas, Texas and graduated from St. Mark’s School of Texas in 1975 as a National Merit Scholarship semifinalist and class president, and attended the University of Texas at Austin, graduating in 1979 with a BBA in finance.  After graduating college, he joined the Vantage Realty Company which was later renamed the Harry B. Lucas Company.  A licensed Texas Real Estate Broker since he was 24, Jay is primarily engaged in the selling and leasing of commercial office and industrial buildings and other commercial properties.  Jay continues to work with numerous companies in negotiating their corporate real estate needs, and represents long-time individual clients as well.

Jay received his Certified Commercial Investment Member (CCIM) Designation in November of 1985.  He served as the President of the North Texas CCIM Chapter in 1990 and 1991. Jay was the 1995 National President of the CCIM Institute which confers the prestigious CCIM Designation.  In 1995 Jay was the recipient of the Stemmons Service Award as the top commercial real estate broker of the North Texas Commercial Association of Realtors, and received the Texas Association of Realtors 1996 William Jennings Lone Star Trophy for the year’s most outstanding commercial real estate transaction in the state of Texas. 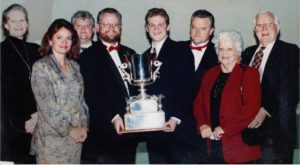 In 2002, Jay was honored by the Chicago-based CCIM Institute as the recipient of its Jay W. Levine Distinguished Service Award.  The Service Award recognizes a Certified Commercial Investment Member (CCIM) who has demonstrated a longstanding and exceptional level of service to the CCIM organization.  In December of 2003, Realtor Magazine recognized Jay as one of the 25 most influential people in real estate.